Choose long-term gains in an age of instant gratification 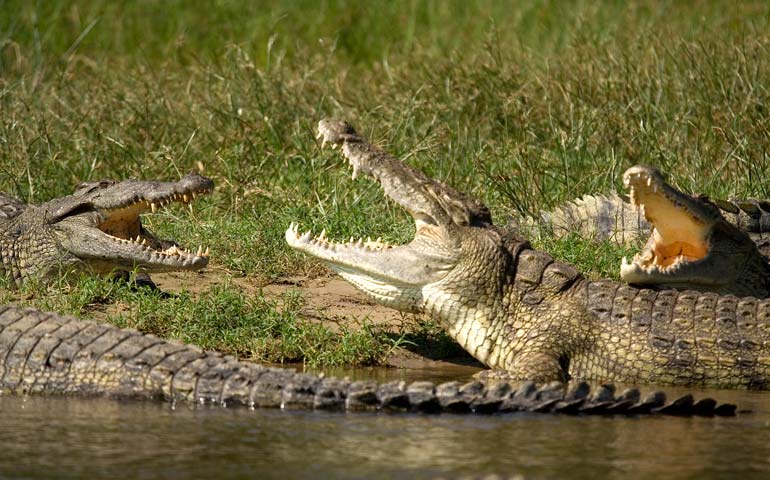 Two crocodiles are basking in the sun, lying at the opposite sides of the river Nile. Simultaneously both crocodiles swing their heads upstream as the smell of a fresh kill instantly triggers their primal instinct. It's feeding time, but for who?

The smell is of a dead buffalo drifting downstream, moving ever closer to the two crocodiles. Both crocs swim towards to buffalo, and an inevitable fight breaks out. The stronger crocodile wins the battle and takes his prize while the loser is left to tend his wounds on an empty stomach.

The losing crocodile doesn't harbour any ill-feeling towards the winner. Equally, the winning crocodile has no thoughts of sympathy or compassion towards its counterpart.

Evolution has come to the conclusion we humans can do amazing things when working together. Serotonin is natures way of encouraging collaboration by rewarding our brains with happy feelings whenever we achieve something positive as a group.

The mass group hug on the football pitch, the high five on the tennis court or the handshake in the boardroom, they all serve to give us a hit of serotonin.

Serotonin isn't your only happy chemical, and it's not the most well know either, that accolade would go to dopamine. Dopamine is a self-centred reward system which encourages us to do the things where only we benefit. It's dopamine, which helps you overcome hardship for a bigger reward. It's also the chemical which drives you to eat, drink and to procreate.

That all sounds great so I'm not about to talk down dopamine. However, there are times when I feel we should trade the short-lived highs of dopamine for the long-lasting effects of serotonin.

Sometimes we're asked by our customers to go the extra mile. It may be a quick turnaround before a holiday, a late pickup to accommodate a hectic work schedule or special care over a particular garment. Whatever the reason we're always happy to help.

Equally, our customers are incredibly helpful too. They roughly fold garments to prevent dried-in creases, they're flexible when it is possible and are always a pleasure to work with.

Dopamine fueled personal gain, like money, isn't what's driving this fantastic relationship. Because if it were, it would be impossible for our customers and us to maintain.

But it's not hard to maintain it comes naturally. That's because we don't see our customers as assets to be managed to generate profit. They're friends and acquaintances who are juggling busy lifestyles, and they appreciated the extra effort we go to to help.

We focus on customers, not profit, and it's serotonin that drives us not dopamine.